The value of the optimum management of sensoriality

Long ago, Peter Drucker, the father of management theory, affirmed: “Because the purpose of business is to create a customer, the business enterprise has two – and only two – basic functions: marketing and innovation”. As part of this formula, we find the key drivers, the key sensory attributes of a food product, an intangible that both Marketing and R&D departments must watch closely.

If we figure out what consumers like, we can find the answer to what really adds value to the product and the company. If the consumer preference drivers become the sensory assets of the brand, they will add the value we are referring to. These assets give the product specificity and if they are also difficult for the competition to imitate and are communicable, we will be looking at a very important plus for the company. Identifying them is the task of the team at Sensory Value.

Precisely, the process of creation of the Magnum ice cream, today one of the badge brands of Unilever worldwide, provides a good example of the value that sensoriality brings to innovation

Until the late 1980s, the ice cream industry was very much focused on meeting the demands of children. However, a team working at Frigo in Spain – which has belonged to the Anglo-Dutch multinational since 1973 – started working on an adult ice cream project. In 1989, the innovation experts created the Frac, the first bar made of cream coated with black chocolate, which, when eaten, delivered a velvety sensation that no other ice cream had offered until then.

In parallel, Unilever also launched the Frac under the Nogger brand in Germany. The optimum management of the sensoriality of this product was what triggered its success. Later, this first cream and chocolate bar developed by the multinational would be commercialized worldwide as the Magnum, which still sells today in most supermarkets and is supported by huge communication and marketing campaigns.

Crunchiness is associated with freshness

The particular crunch of Pringles potato appetizers is one of the key sensory drivers of this brand, formerly owned by Procter & Gamble and today by Kellogg’s. In fact, if a product makes the right noise when it is bitten, this can increase consumer interest and, what’s more, strengthen the perception of taste in the mouth or even completely modify it.

Specifically, researchers at the University of Oxford studied the reaction of consumers to the sound of Pringles in 2004, and their conclusion was that people associate crunchiness with fresh products. In other words, less crunchiness implies that the food is stale. Charles Spence, professor of experimental psychology and pioneer in the field of neurogastronomy, directed this study published in the scientific review Journal of Sensory Studies.

Sensoriality undoubtedly explains why Pringles have a 2.2% market share in the snack industry worldwide and are currently sold in over 140 countries. 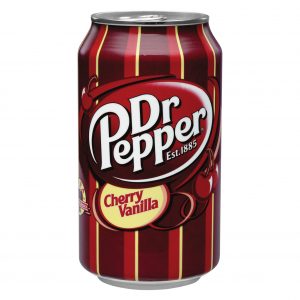 If you ask an average American what the soft drink Dr Pepper tastes like, either they will not know what to reply or simply state that “it tastes like Dr Pepper”. Invented in 1885, this drink is a mixture of 23 ingredients including amaretto, almond, blackberry, carrot and ginger, without any of them standing out in particular.

While being so unusual, it is the third most popular drink in the United States, with only Coca-Cola and Pepsi ahead in the rankings. However, in the early 2000s Coca-Cola and Pepsi’s new lemon, lime and coffee-flavoured lines caused Dr Pepper’s sales to lose steam. Then, in an attempt to recover sales, they created the Red Fusion Dr Pepper, a new variety whose difference was its bright red colour. But this turned out to be a huge failure for the brand.

Consequently, Cadbury Schweppes, the beverage company that in 2008 split its beverage business by creating the Dr Pepper Snapple Group, hired the services of psychophysicist and market research specialist Howard Moskowitz (we have already mentioned him in the Sensory Value blog). He engaged in the development of 61 different Dr Pepper formulas, all with different organoleptic notes, and organized more than 3,900 tests with consumers. This procedure provides the basis for Sensory Value’s SensoConsumerTM methodology.

The result of Moskowitz’s research, launched in 2008, was Cherry Vanilla Dr Pepper. This new variety was well received in the market and proved to be more successful than the company had expected, strengthening the brand’s leading position in the soft drink industry.

The value offered by the Sensory Value consulting team consists in identifying the multisensory impression (appearance, flavour, aroma, sound and texture) generated by our customers’ products, as well as the key drivers and the respective sensory assets that can protect their brand. Large corporations such as Unilever, Kellogg’s, or Cadbury understand clearly that optimum management of the sensoriality of their products is what turns them into winners that generate value for the brand and the company in the food industry.

No Replies to "The value of the optimum management of sensoriality"

Got something to say? Cancel reply